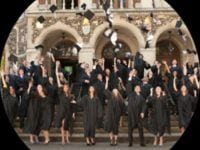 Southbank students shone yet again in their North American university offers in 2015.

Our first student in recent years was accepted to Harvard, and Georgetown University gave its first offers to not one but two Southbank students.  Two more students will be attending the highly prestigious Dual Degree Program with Sciences Po and Columbia, spending two years in France and two in New York City.

Many students were awarded merit-based scholarships or places at Honors Colleges at Northeastern, George Washington U, Tulane, and FIT, among others.  One student was offered a Benjamin Franklin Scholarship at Penn.

It is further evidence that the IB continues to be highly regarded in North America, and that a Southbank diploma is internationally recognised.